March is Women’s History Month, and to celebrate, we chatted with a few DeliverHealth employees and customers, each of whom brings her own unique story and expertise to the field of clinical documentation.

In her role as VP of Customer Success, Joanne is responsible for all aspects of the customer experience at DeliverHealth.

A: Well, I have spent the better part of my career in clinical documentation—with the exception of a short stint in the lighting industry, working with the builder’s association as opposed to AHIMA! I’ve been with Nuance since 2011 when the company I worked for was acquired by them. So, my experience includes more than a little bit of knowledge of the industry and the company, but our new journey as DeliverHealth is exciting.

A: Most of my career has been focused on HIM. But that’s not how it all began. My mother was the Director of Nursing at a small 52-bed hospital, so I grew up in and around healthcare. I worked in the hospital as a teenager and had aspirations of medical school. But there was a different plan for me. I’ve played the piano since I was six years old, which means nothing to my career path except that my dexterity from playing helped my ability to type. And type FAST. So, during college, I worked in the HIM department, and the rest is history. I discovered my aptitude for transcription, and because it was all based on output numbers, I was highly efficient and productive. So productive, in fact, that it prompted the decision to start my own business.

I struck out on my own but soon had employees working out of my house. My little medical transcription enterprise took off. The business flourished, at one point making the Inc. 500 fastest growing companies list, and nine years later I sold it to MedQuist. After working as an SVP at MedQuist for nine years, I took a new path and, for a brief period, went to work in the lighting industry. Healthcare once again beckoned with an opportunity as an SVP for Webmedx, which I jumped on. In 2011, the company was sold to Nuance and that’s where I’ve been ever since. Though it has been a journey with twists and turns, I ultimately adjusted and pivoted when needed. Throughout my career, I’ve followed my talents in a space where I have the most value to share.

A: Always remember that there are lots of avenues in healthcare. And as life happens, realize that your skills can transfer to those other areas. Healthcare will always be here. The opportunities are endless. Be creative, explore your options and always be intentional in doing your job.

A: I’ve definitely seen an uptick in the number of women in leadership positions, though there continues to be room for women to equalize. I would love to see more women in the vendor space in healthcare, and as a former small business owner, I know there are opportunities that women could capitalize on!

A: I have had a variety of role models over the years—my mother, for one, was definitely an inspiration. But I think that the biggest influence on my career was having someone tell me that while I was good enough and capable enough for a management position, I was not getting the job. That had a profound impact on me. Knowing that I was worthy and capable, but not being given the opportunity, motivated me to prove that I could do it, on my own. That negative experience has kept me determined over the years.

Q: Working in HIM/clinical documentation, what are your thoughts about the impact women have had on the industry? How does that influence you?

A: Women play such a critical role in all aspects of healthcare that it is hard to not recognize and take great pride in that fact. I have loved every step of my journey, with all its successes, failures, ups, and downs. However, I also know that all of my achievements have not been because I’m a woman, but because I worked at it—because I could. I was smart enough, savvy enough, confident enough. And that’s my message for everyone. Strive to do great things not just because…but because WE CAN. 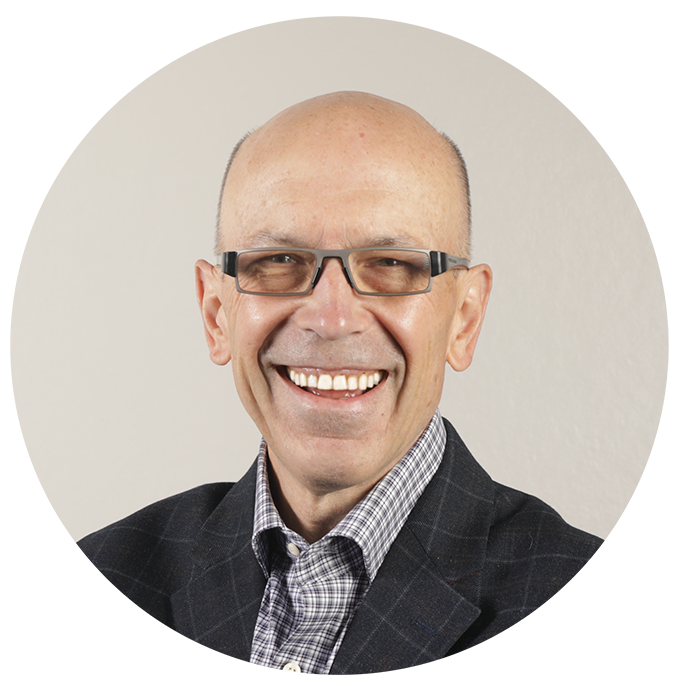 A: I have been in the clinical documentation industry for 23 years. After studying biology and English in college, I landed in medical transcription as a way to use both skill sets. After working in a hospital for a few years, I transitioned to working from home and then started my own company.

A: Aside from high school jobs and a summer spent working in my grandad’s store, I have always been in healthcare. I love the challenge of a constantly changing field. Transcribing a report can be like solving a puzzle, and you either learn something new or use something you have already learned in each case.  Making sure that the patient record is accurate is of utmost importance.

A: I would tell them to go for it! Healthcare is a great field to be in for challenging work and job security. There will always be a need for individuals who enjoy learning and helping others at the same time.

A: I believe it has! I think the ability to work remotely has helped many women manage their careers and family life at the same time.

A: That is hard to narrow down to one person. Growing up, I watched both of my grandads and my dad run their own companies. I guess that part is in my blood. But maybe the biggest influence on my career came from a negative experience that occurred when I started working from home as a contractor for someone else. That motivated me to found my own company that became known for treating contractors well, while maintaining the mission of document accuracy and integrity for our clients.

Q: Working in HIM/clinical documentation, what are your thoughts about the impact women have had on the industry? How does that influence you?

A: I definitely think women have had a huge impact on the industry. So many of us started out as independents, lugging tapes back and forth from offices. Others started as “secretaries,” responsible not only for the medical documentation, but also for anything else that needed to be done in the office—including getting coffee! The industry has seen so many technological changes, but in spite of all the changes, there is still a need for a skilled human on the final end of that document to ensure accuracy before it hits the medical record. As women, we have navigated those changes throughout the years. We’ve banded together in online groups, formed ethical companies that value contractors, and worked to always put the patient first—all the while balancing our family and community responsibilities, expanding our education, and preparing ourselves for future changes. It is easy to keep pushing forward when you get to work with so many dedicated women.

In her role at DeliverHealth, Jodie works in EHR performance activation and adoption, responsible for all aspects of activation and training for clients.

A: I have multiple degrees in medical fields—respiratory therapist, flight paramedic, and sleep therapist—and ended up managing a department in a hospital where I trained incoming paramedics. At the urging of my supervisor at the time who recognized that one of my strengths was teaching, I became an affiliate faculty at a small college near my home in northeastern Pennsylvania. For a few years I taught courses in paramedic training, respiratory therapy, and other topics until I was approached about becoming an Epic trainer. I struck out down that path, earning multiple Epic certifications and eventually becoming an implementation director. Along the way I met Doug Herr and David Carr. The three of us have worked together for many years and now are all at DeliverHealth!

A: I have always been in healthcare in some fashion. Always wanted to be in healthcare, for as long as I can remember. As a kid, my goal was to go to medical school. Grades allowed, but medical school is expensive, so I chose a path that got me into medicine in a different capacity. And I’ve loved every minute of it. There wasn’t a specific draw for me. It was definitely just a part of me. I am a caretaker. Every part of me is filled up by helping my clients avoid struggle. The more I can help them, the happier I am.

A: Without a doubt I would tell them, you’ve got to love it. You can’t go into it for money or schedule. It’s a profession that you have to feel a fire for or else you’re not going to be happy. Find the part of healthcare you’re passionate about and go into that field.

A: Absolutely. There are so many more opportunities for women than there used to be. Fifty years ago the idea of a nurse practitioner didn’t even exist!

A: Without a doubt, my parents. Without them I wouldn’t be where I am today. They always encouraged me to achieve at the highest level, supported me through any ups and downs, and would have sacrificed their happiness to help me reach my goals. Because of their support I had the confidence to follow my passion and always be doing something I loved to do.

Q: Working in EHR implementations, what are your thoughts about the impact women have had on the industry? How does that influence you?

A: It’s hard not to think about how far women have come, with so much opportunity to still advance! Every day I see IT teams that used to be all men and today it’s a real mix of men and women. And I work with so many great women who are now sitting at the boardroom table as CFOs, CIOs. That’s inspiring!

Explore our vision for smarter healthcare.